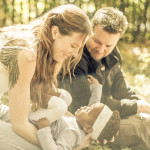 I'm No Instant-Mom The Art of Parenting 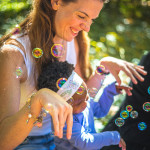 I have been wanting to share this post for a while – and although I am taking control of a problem I have had for so long, I still have a long way to go. However, in just the last couple of weeks, every time I share my story, I feel like someone can relate to it in some way. Hope you enjoy it, and as always, please feel free to leave comments or send me an email if you want to keep it private.

For a couple of years, even before fertility was a problem, I had a raging temper. It was so common, that it became part of my life and who I was. I didn’t understand it for so long, and I was so good at hiding it from everyone close to me (except Bryan) that I never had to address it. I think Bryan just thought it was who I was and somehow loved me despite it.

We both know our first year of marriage was difficult. Like any new couple, we were still getting to know each other and learning each other’s good (and bad) habits. I think most newly weds battle a little, however my reactions to small things weren’t justifiable. Something was amiss, we just didn’t know what. Despite this, we loved each other dearly and we were definitely made for each other so, we were mostly happy.

2 years after we got married, we started trying for a baby. So I went off the pill, after being on it for probably 7 years. For the first year after that, it felt like my moods were better, so I assumed the pill had been making me so aggressive. After all, I had been on it so long, I couldn’t remember much about my moods before that. However, my cycles were very irregular (sorry if this is over share, but it is a very important part of my story). I assumed it was being on the pill so long that had messed up my system a bit.

After a year, when infertility started to become a reality, I really battled with not being able to fall pregnant, and believed with all my heart that having a baby would make me happy. I couldn’t understand how couples tried for 5, 6 or 7 years, where I felt just one year was killing me. I lost interest in my work, I fought more with Bryan, and hated all my friends and family who were pregnant or had kids.

After a long 2 years, we finally adopted the most perfect little baby girl, but a few days in, being a parent started to dawn on me, and I realised I still wasn’t happy like I assumed I’d be. I was still miserable and battled to love this little being that needed me so much. My natural mother instincts kicked in, but I had not bonded with her as much as I needed (which I only realised about 6 months later). I couldn’t understand why being a parent wasn’t as amazing as I’d convinced myself it would be, and why I was still so unhappy.

I think if I had just been “unhappy”, I could’ve gone on like that for the rest of my life. The breaking point for me that made me seek help was my continued moods swings, that were now not only effecting Bryan, but Liya too. I was not the ‘motherlike’ figure I knew I could be, and I needed to fix this before Liya got older – the last thing I wanted was my daughter to be moody and miserable like me.

At first, I thought the Mirena I had put in (a long-term form of contraception) was aggravating my moods again, like the pill had. (I had it put in, by the way, because I still couldn’t handle my irregular cycle, and it was still killing me wondering each month if I was pregnant because I was so “late”). So I emailed my doctor to ask her about it, and got a short and insensitive reply, with her basically telling me to go see my doctor about getting an antidepressant. Now, after we got Liya and I realised I still wasn’t happy, I started to consider maybe I was depressed (from not being able to fall pregnant specifically). I wanted to believe it was the contraceptives fault, but I started to wonder if there was more to it.

So I went to see my GP, filled her in on what my lady doctor had said and my terrible moods swings. She asked me about my childhood and life, and basically came to the conclusion that it was some sort of depression and she prescribed antidepressants to help me cope. And that is where everything could’ve ended, and I would have probably been on antidepressants for the rest of my life.

Something inside me told me to go get help, even though I finally had the “happy pills” I hoped would make everything better, even if artificially. So I asked my GP for a psychologist I could go see, and found my way to an amazing woman who could finally give me some answers.

During this time, I had distanced myself from God, because I couldn’t live with myself. I knew what I was doing wasn’t what Christ wanted for my life, and although I’d spent years praying about it, when it seemed like God was’t answering, I became distant.

I cannot explain the dark pit I had now found myself in. Maybe it was a mild form of depression from the not being able to fall pregnant and this constant guilt for ‘who I was’, but all I know is I was so unhappy and life wasn’t worth living – I prayed every day that God would just take me out of the world, because it was killing me. I felt weak, a huge failure and I couldn’t understand why I was so unhappy – I had a great husband and daughter, a stunning work-from-home job and all the wonderful things you could wish for in life. Why couldn’t I deal with a few things going wrong? Never mind that, my life and happiness is based in my savior Jesus, so even if I didn’t have all these good things, I had the amazing gift of eternal life, despite being so imperfect. So why wasn’t I happy??

And although I felt so distanced from God, looking back, I can see how he never once left my side, and how he helped me to cope while he worked in my life. Although I was so often out of control, I never once went too far. God kept friends and family close to me, so I wouldn’t lose my mind. He gave Bryan incredible strength and love to help me through this time, He gave us an incredible daughter who was well behaved and slept well anywhere, and the resources to help me with motherhood (a crèche and an amazing nanny). But most of all, he lead me to all the right doctors and he never let me give up.

Not even 10 minutes into my first session with her, she told me it sounded like my hormones were out of control. She was right, however my understanding was so limited, I didn’t really believe it myself for about 2 months after that. Finally, I got tangible results back from an endocrinologist (or hormone doctor) explaining EVERYTHING I had been feeling for so long. My hormones were totally out of control, to the point they were completely ruining my life.

The results showed I had some sort of genetic “problem”: I have almost no progesterone (a vital hormone in women for pregnancy and regulating cycles), no vitamin D3, and no serotonin, an important chemical needed for our happiness and well being. (Bare with me as I try explain what my doc told me). A happy person has between 3500 – 5000 serotonin. We need AT LEAST 1200. When I got my results back, I had 125. It was the most life-changing news I ever received (yes, even more life changing than getting our daughter – children were a norm I always expected to have, this is close to a chronic disorder). After learning this, I cannot explain it other than I felt like I was no longer drowning. For years, I battled with ‘myself’ and we tried to deal and live with it, and I almost accepted that I would be unhappy for the rest of my life. Now I was sitting in front of someone who was telling me we can fix it easily.

I am still amazed.

I thought I had depression, however I learnt that depression is actually set off by a tragedy and slowly turns into depression. With hormones, you’re up and down and it’s completely unpredictable. Speaking with a psychologist for just 2 short months made me realise I wasn’t crazy, and every thing going on was not my fault. I had become so cynical and negative, that I believed it was just me, and this was life up until this point.

Anyway, long story short, the fix is quite simple. I am on some natural remedies that are correcting the Vitamin D, Serotonin and progesterone problems and after only a month, I felt like they’d made the world of difference. My psychologist and hormone doctor said I have to be on the anti-depressants until my progesterone and serotonin come right. That I can live with. Hopefully, these natural remedies will work (I know for a fact the progesterone is coming right) and in a few months I can wean myself off the antidepressants.

Don’t get me wrong – I still have my moments, I’m still not perfect (and I’ll never be), but I feel much more in control, my understanding of life goes a little bit deeper, my love for my Saviour has grown even more, and I have been much more open about my ‘problem’ (whereas I didn’t want to tell anyone about how I was battling before). I have come so far, learnt so much and I pray every day that I will be ‘better prepared’ for the next storm. This isn’t the end, it’s just one chapter. But seeing how I grew, and how God turned this ‘terrible thing’ into something so beautiful, has forever changed my life.

If I never had this problem, we would never of had Liya – Wow… Bring on the next storm Lord.

This ‘season’ of my life, and all I’m going through, always reminds me of this beautiful verse: “And we know that in all things God works for the good of those who love him, who have been called according to his purpose.” – Romans 8:28. It doesn’t matter how imperfect we are, it doesn’t matter what mistakes we’ve made or how useless we may think we are, God has an amazing plan for all of us. He can turn any person, any situation and any life completely around. 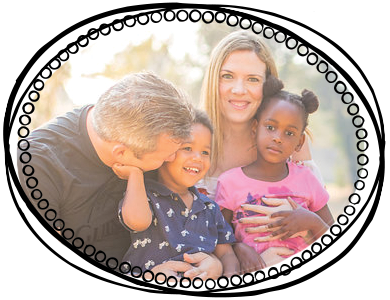 Just Life, and Us